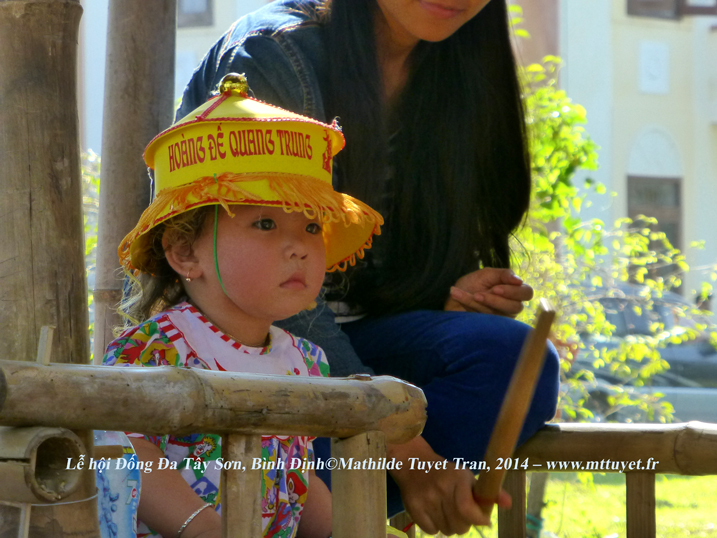 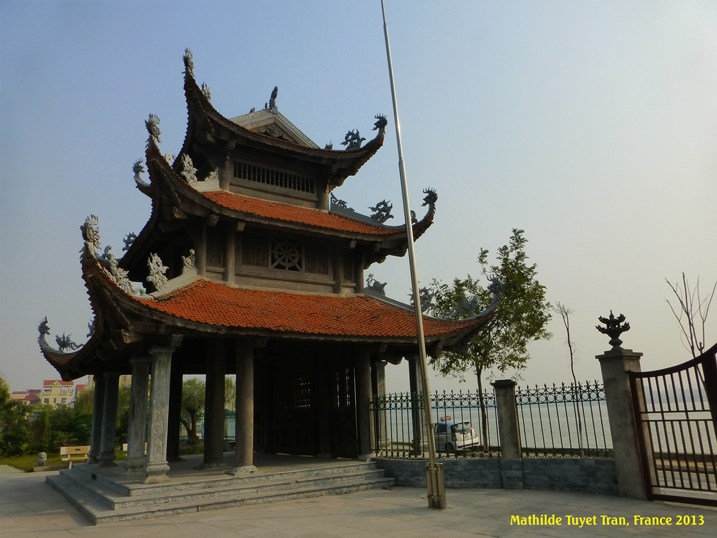 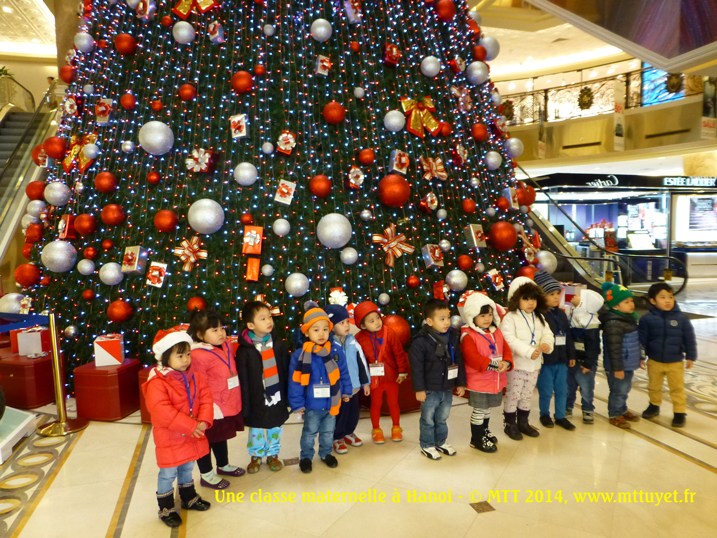 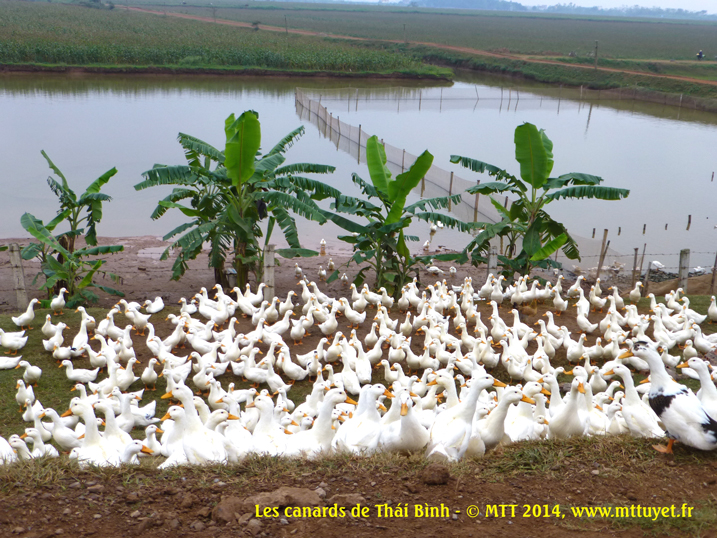 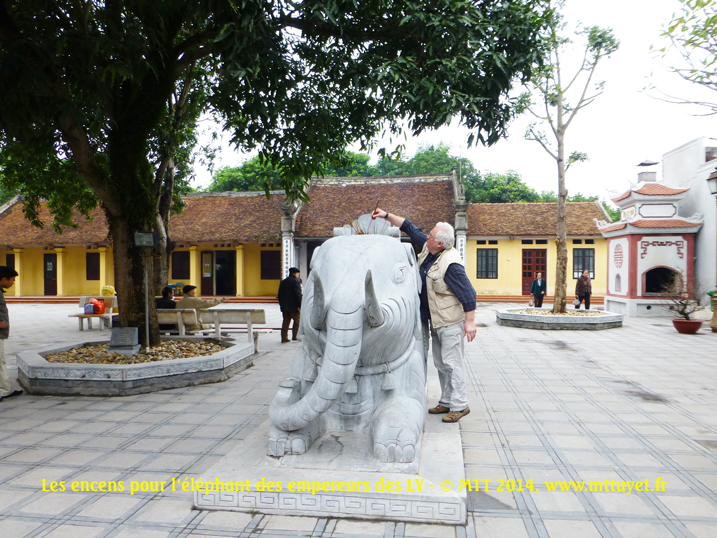 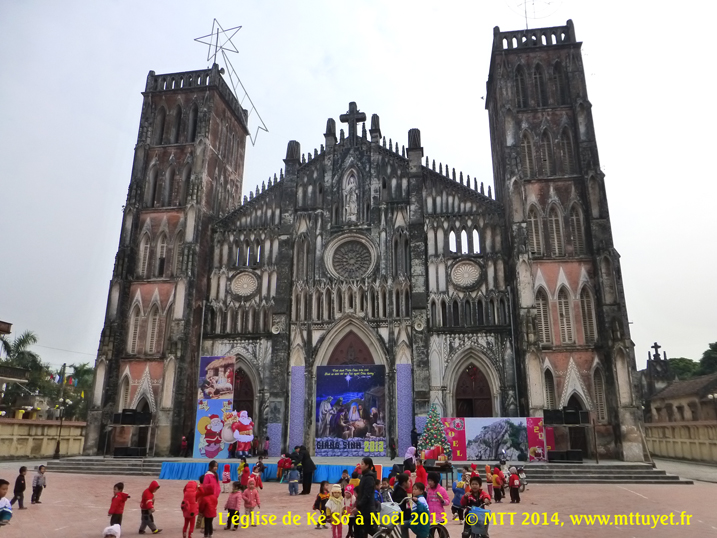 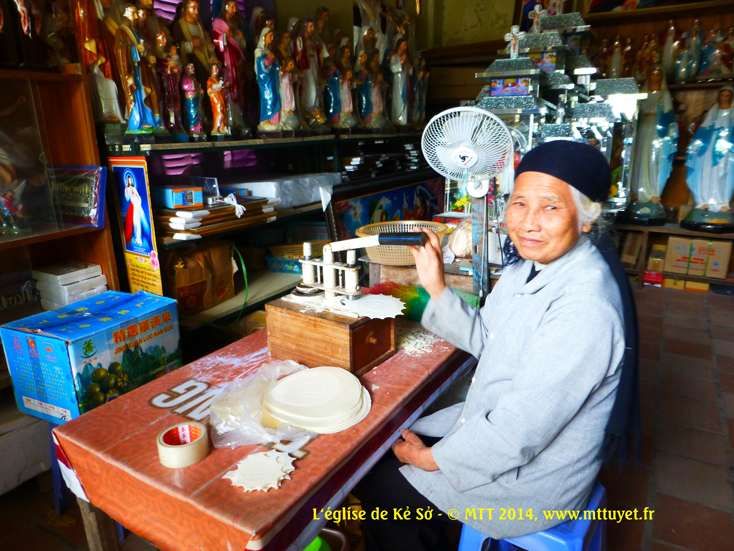 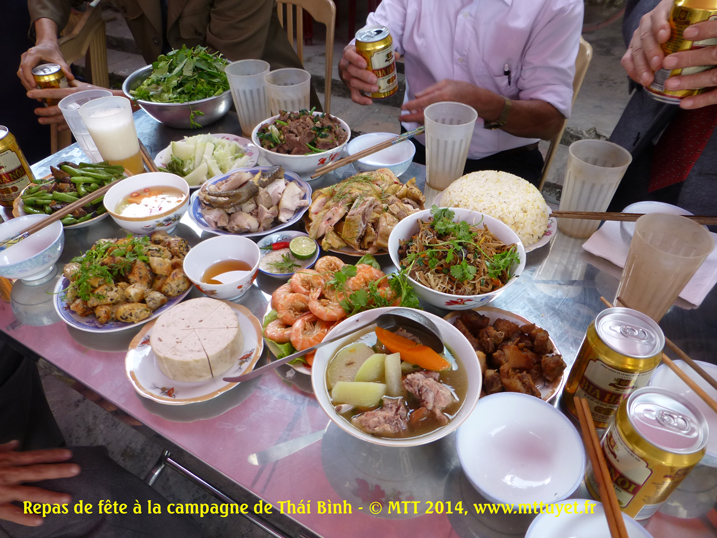 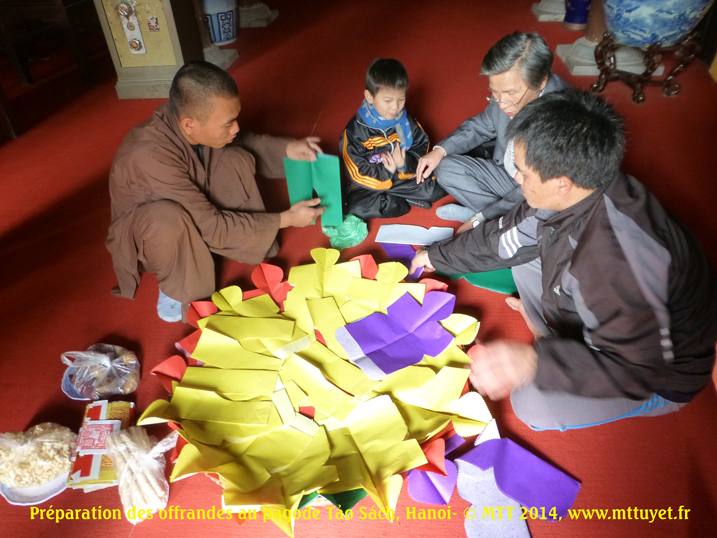 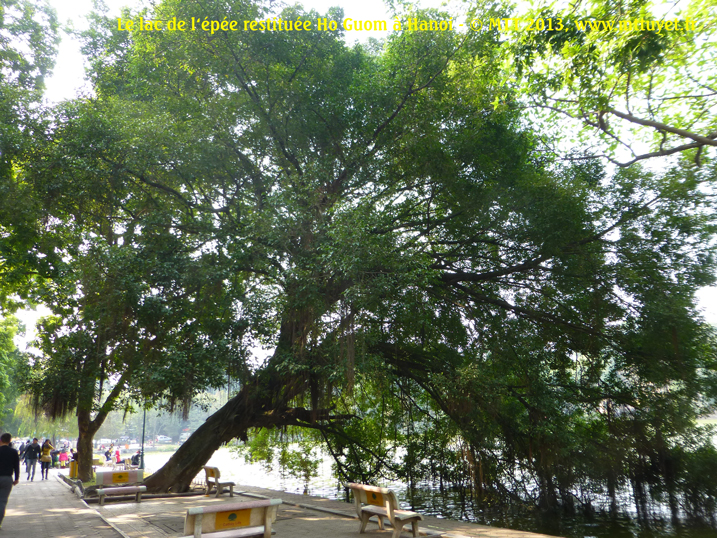 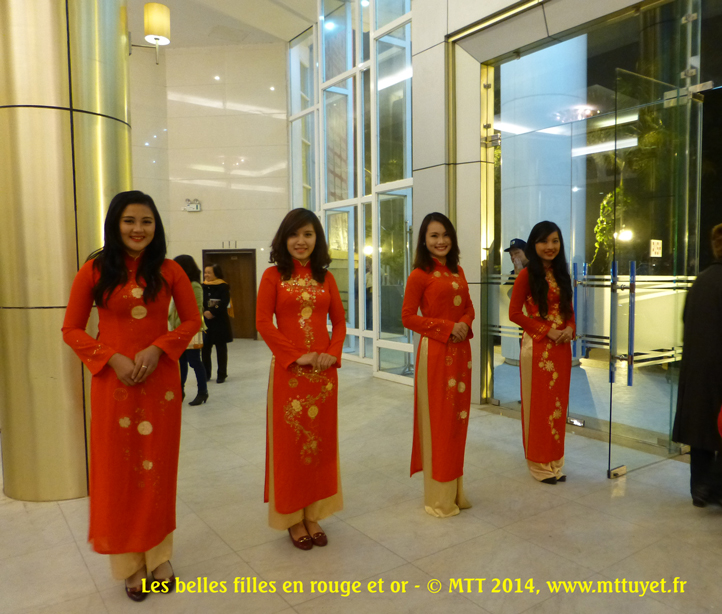 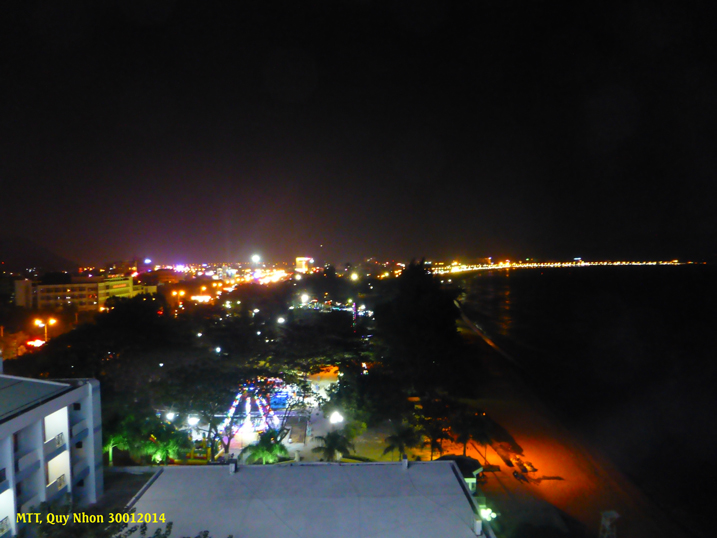 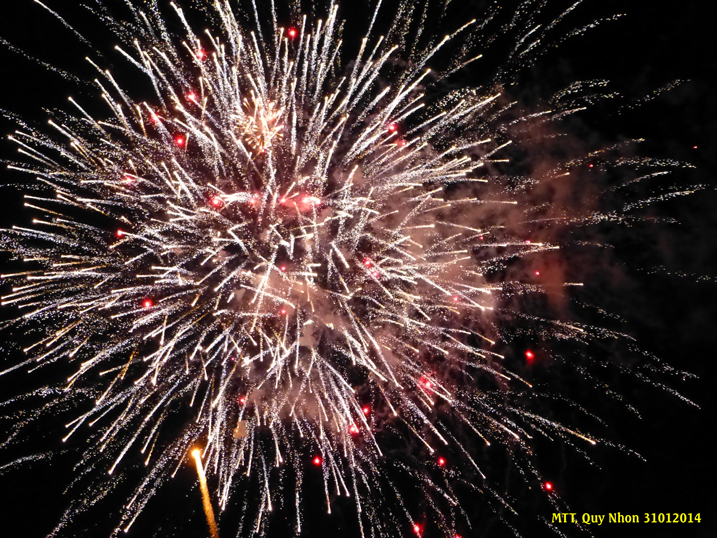 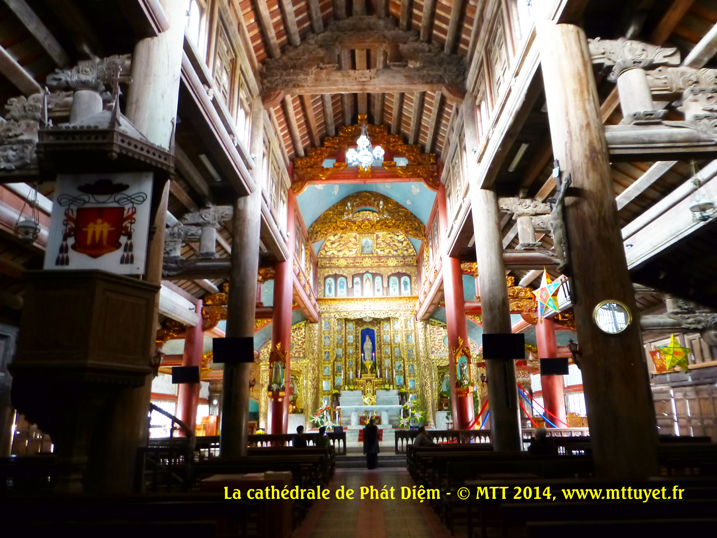 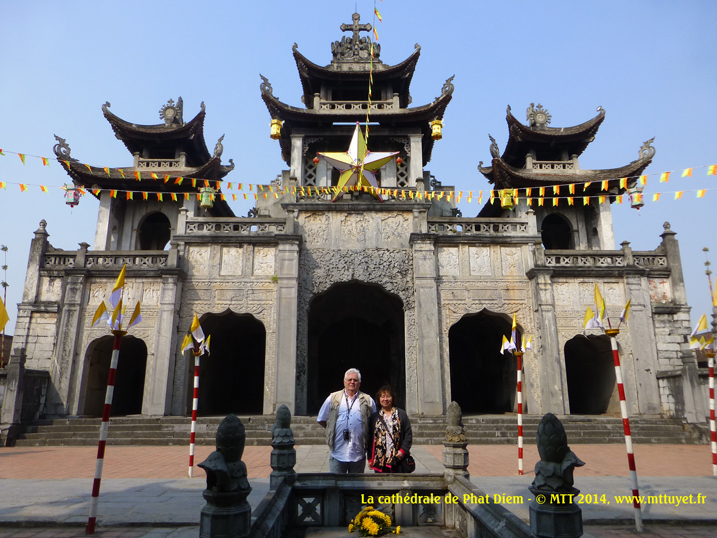 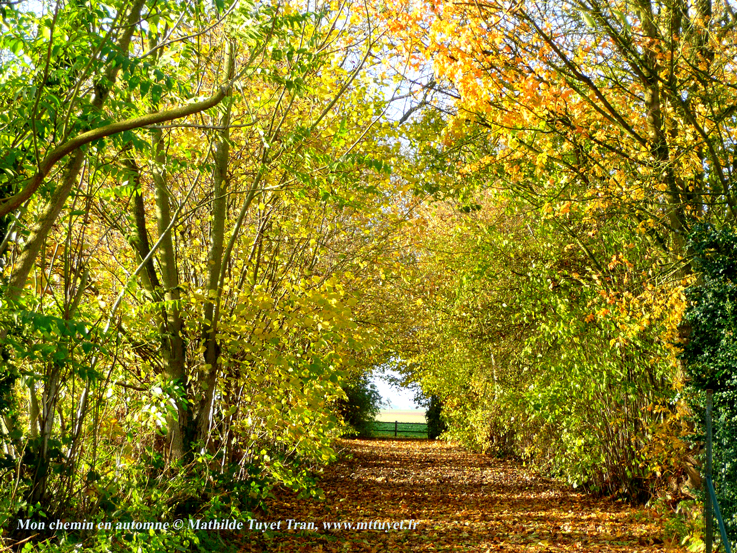 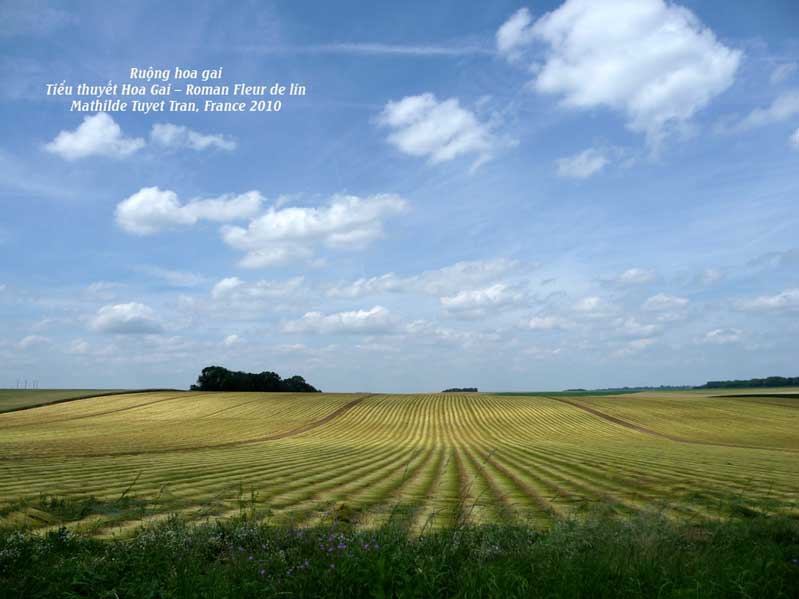 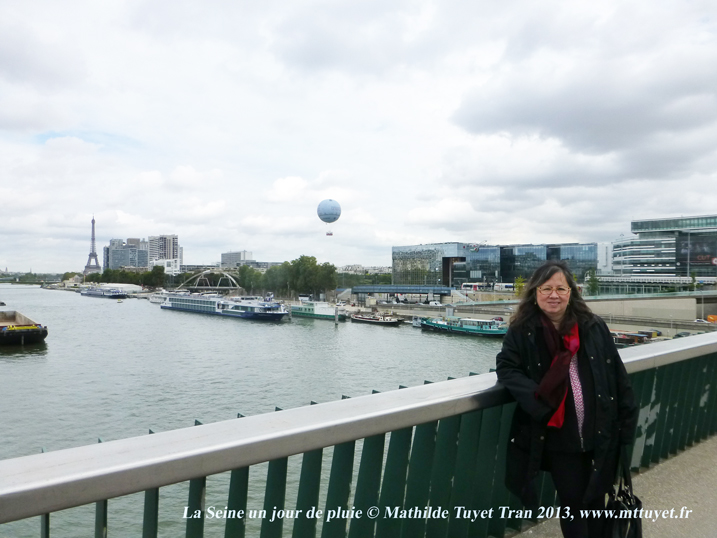 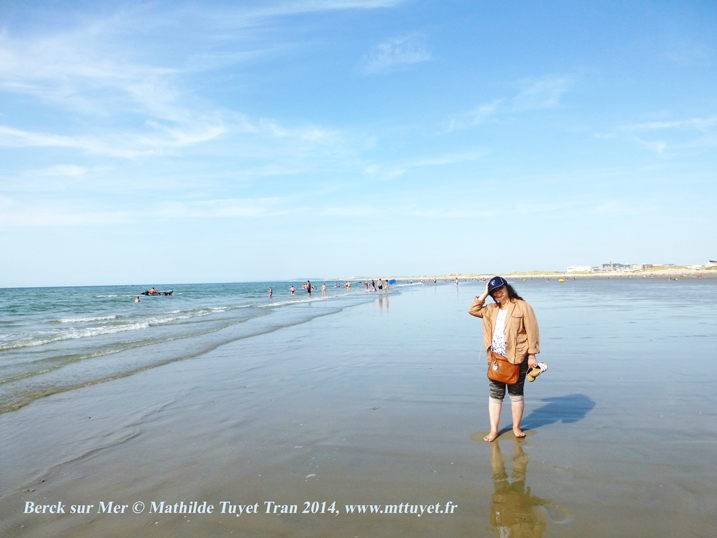 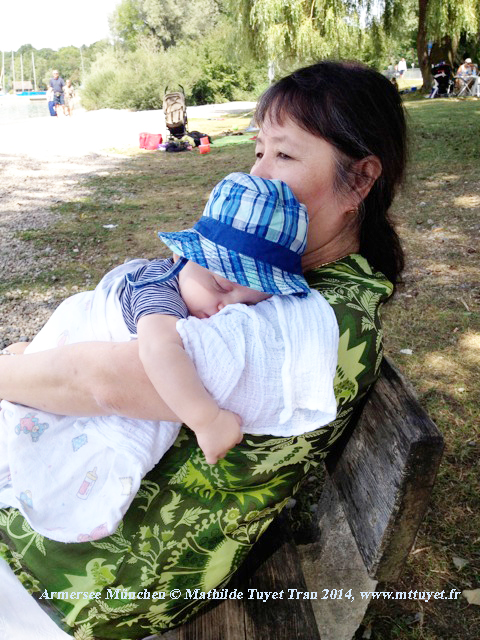 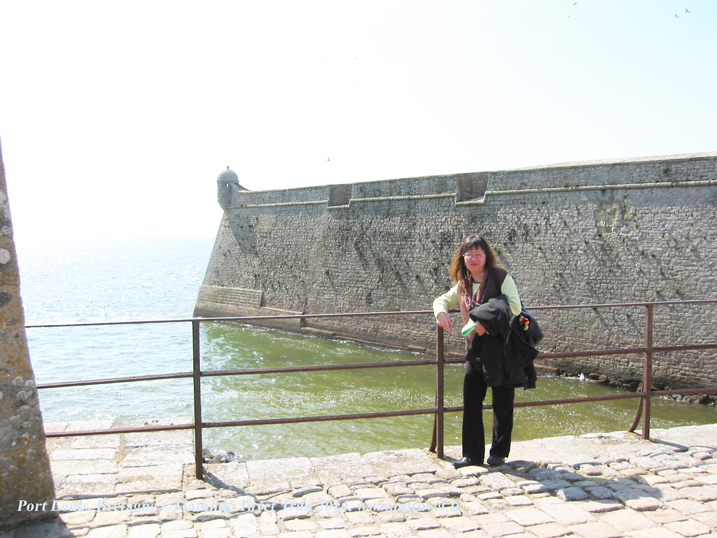 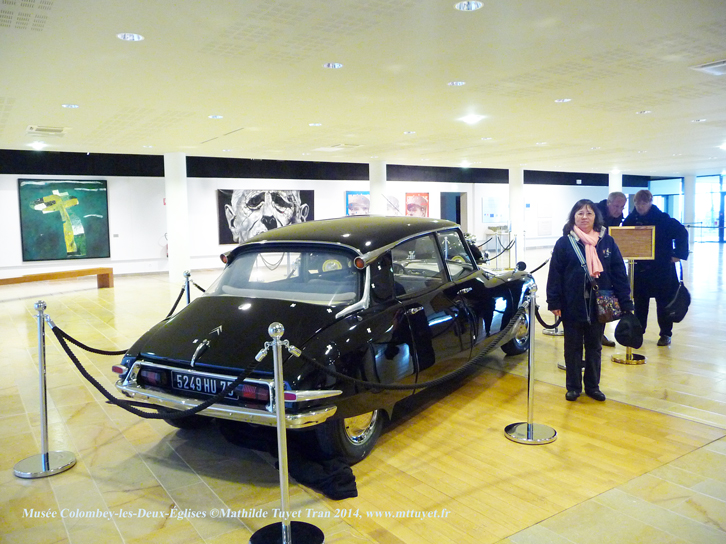 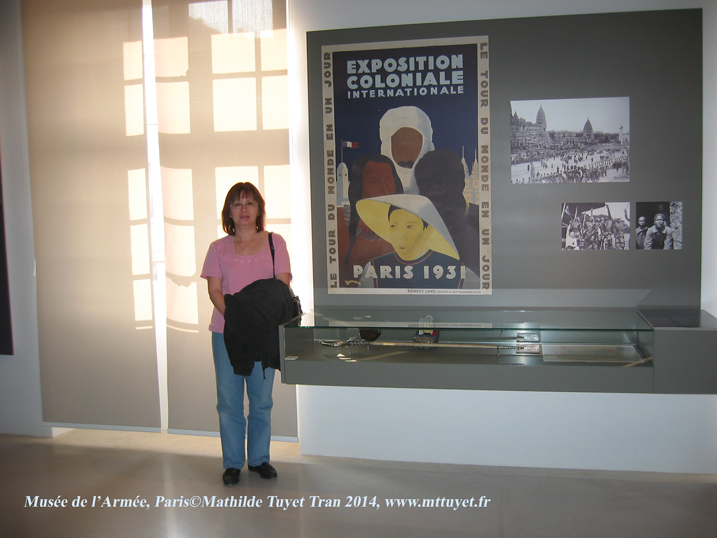 Homecoming, from one extreme to the other

Mathilde Tuyet Tran / 13 mai 2012 / Commentaires fermés sur Homecoming, from one extreme to the other / Texts in English, Văn - Littérature

Homecoming, from one extreme to the other

A soul-searching journey by a French woman of Vietnamese origin, Mathilde Tuyet Tran, to find her roots and cultural heritage after living abroad for 40 years took her to the northern and southern tips of Viet Nam.

We started off from Yen Minh township in the mountainous province of Ha Giang to visit the Lung Cu national flagtower at the northernmost point of Viet Nam. Travelling along winding rocky roads, we had steep precipices on one side and sheer drops on the other, combining to make an exhilarating journey.

Through the mist and kitchen smoke, we could make out women wearing colourful head scarves working on terraced rice fields. The atmosphere was heavy, and while we enjoyed the benefits of air-con, the temperature outside fell to 50C. Initially I expected the weather conditions to be similar to other parts of the region, but I was wrong. The cold, damp air penetrated the skin and went right to the bone.

We left Dong Van District’s highland centre, and after passing through the Khe Lia Valley next to the Hien River, we reached he Lung Cu border-guard post from where we were treated to a panoramic view of the spectacular landscape. Even from a distance, the Lung Cu flagtower was visible, standing proudly atop of Dragon Mountain. The commune shares a 16km border with China, located in a large valley surrounded by paddy fields and power lines.

It was quiet when we arrived, with a solitary motorbike parked outside the guard post, but we soon found women working in the fields while their children played nearby. Despite the weather, the Mong people were still working the fields with bare hands in the quiet tranquillity, as the smoke emitting from a small fire added to the ambience.

I stood there in the middle of the field feeling the softness of the wild wind and enjoying the fresh air. I recalled a recent article I had read in which Tho Mi De, a local provincial cultural official told the legend of King Quang Trung (1788–1792), who after defeating the Chinese Qing invaders, ordered a large kettle drum to be placed by the border. The King ordered a team of border-guards to play three drumbeats every watch.

The flagtower itself was erected in the time of Ly Thuong Kiet, a general who fought the Chinese Song invaders from 1075-77. It was rebuilt in 2010 on the 1000th anniversary of the capital Ha Noi. To get to the flagtower, visitors face a daunting 425 steps up the steep terrace, but there is also a road for the faint hearted along which you can cut the distance by half.

We arrived at the flagtower at around half past one, and from our viewpoint, we could make out two small lakes surrounded by terraced fields behind Dragon Mountain. The two lakes are locally known as the dragon’s eyes, and the rest of the sumptuous panorama is interspersed with mud-walled houses.

The northernmost village in Then Van Valley is Seo Lung, which is bounded by the Nho Que River on the left and a primary school on the right. The village has a total of 300 Mong households, most of whom work in the fields, raise cattle or weave.

The present flagpole is an octagonal shape of 29.5m in height, about 10m higher than the old one. The national flag is 9m long and 6m wide, equivalent to 54sq.m, symbolising the unity of Viet Nam’s 54 ethnic groups.

The flag tower itself stands proudly 1,600m above sea level. Its design is an imitation of the Ha Noi Flag Tower, with eight bronze drums guarding the sides of the octagonal tower.

The strong breeze had the flag flapping wildly as it whistled around us, and in the distance, the border, marked by a small pointed mound, was swathed in clouds.

From a distance, Lung Cu is a spectacular sight, with the view dominated by giant boulders and the national flag flying above Dragon Mountain, all set to the backdrop of magnificent forests.

Lung Cu Commune is situated at a height of between 1,600 and 1,800m above sea level. In the winter, the weather is very cold, and sometimes it even snows. There are seven ethnic groups in Lung Cu including the Mong, Lo Lo, Tay and Pu Peo. They are very friendly and hospitable. All the houses have the national flag flying outside as if they want to confirm their patriotism.

The houses in Lung Cu betray the superstitions of the people who live in them. Charms hang over the doors to expel demons and evil spirits, and the ancestral altar is carefully placed opposite the main door. The houses are usually open plan, but when newly-weds are welcomed into a family, the hosts use fabric to make a private compartment for them to enjoy.

Visitors to their houses are considered distinguished guests, even if they are strangers. A bowl of their maize wine will soon warm you up. Most ethnic people in the area cultivate rice and the Mong and Lo Lo still preserve the traditional weaving industry with flax fibres.

It is also the land of the peach, plum, tea, honey wine and thang co (horse meat hot pot). The bustling markets where the honey-yellow sunlight has never changed, the cheerful, shy smiles of the ethnic girls in colourful, handmade dresses, the playful grins on the children’s faces, and the welcoming nature of the people as a whole never fail to charm visitors.

For many, particularly those who live or work in Viet Nam, a visit to Dat Mui (Cape land) in the southernmost province of Ca Mau may not be the highlight of their journeys, with hundreds of coaches taking tour groups out every day.

However, for an overseas Vietnamese like me who has lived abroad for more than 40 years, to step foot on Dat Mui was really an unforgettable experience because it fulfilled my dream of visiting the two extreme far points of the country – the Lung Cu flagtower or the so-called roof of the nation in the north, and Dat Mui on the southern tip of Viet Nam.

Dat Mui is located at about 120km from Ca Mau city. It takes about two and a half hours from Ca Mau City by speed boat or canoe. Ca Mau Cape is often described as an arch. Every year, it is consolidated by alluvium from the Mekong River, and extends out into the sea from 80 to 100m, with an area estimated at hundreds of ha.

Before arriving in Dat Mui, I was told the cape land is considered a sacred land by the Vietnamese, all of whom try to visit once in their lifetimes. It has a diversified and plentiful ecosystem of mangrove forests. Arriving at the tourist area at Ca Mau Cape, travellers can the national co-ordinate landmark, contemplate the forest and sea, and also go sightseeing in the zone where a forest village from the resistance war has been reconstructed.

Let’s see what happened to me.

There are two ways to Dat Mui: take a coach from Ca Mau City to Nam Can District from where you take a launch, or go directly by boat to Ca Mau. I chose the latter to satisfy a desire to admire the beauty of nature on water and local life.

We found a launch capable of carrying eight passengers, and booked into a hotel for the night and prepared ourselves for the 120km journey.

After a good night’s sleep, we left the hotel at 8am and walked through the alleys and down to the dock. The dock itself left a lasting impression, for it was unlike any I had ever seen. Squeezed between two buildings, it would be easy to pass by without realising it’s there. Our boat was waiting for us when we arrived at the dock. The driver, a man named Minh carefully helped us onboard, and told us where to sit to keep the boat steady as we sped off at speeds of up to 65kmh.

It was a sunny day and we were going so fast it was difficult to take a photo. The sun was sparkling across the effervescent sea surface, and seemed to scorch everything it touched.

The heat in Ca Mau was a stark contrast with the cold in Lung Cu, and while Ca Mau was a more commercial and animated city, Lung Cu was quiet and peaceful.

We left the dock in Ca Mau for the Ganh Hao River towards the Hoa Trung junction where the two banks became more crowded. Houses were nestled side by side, as locals tended to shrimp and fish farms on the Bay Hap River.

The motor boat surfed through floating markets in Ba Hinh, Cai Keo and Cha La, until we eventually arrived in Nam Can, a tangled network of canals and stilt houses.

From Nam Can, we moved onto the large Cai Lon or Cua Lon River, traversing powerful rapids and choppy waters on the way towards Dat Mui.

The cape itself is the only place on the Vietnamese mainland where you can see the sun rising in the East Sea and setting in the West Sea.

After passing several tourist spots including Ca Mau National Park, the canoe entered the park’s canal system. Mangrove forests lined the banks, giving the river a mystical atmosphere. I was told the forest itself has helped the park become a world eco-reservation area.

Standing by Milestone 0 watching the sea swelling in the distance, I could feel the heat mixed with the salty air as temperatures rose above 380C.

Climbing to the top of Vong Hai tower, I could see the last strip of Viet Nam, and far in the distance was the East Sea. I was overwhelmed with surprise and happiness, and proud of my beautiful country. Thinking of my visit to Lung Cu, I wished there was a flagtower in Dat Mui to represent the love of the Vietnamese people for their nation, and all the obstacles they have overcome to survive the hardships of nature and war. — VNS

* Mathilde Tuyet Tran is an author and historian currently living in France after studying, living and working in Germany for 20 years. This story is comprised of two different essays, one about Lung Cu from her book, A Springtime in Viet Bac, published in 2011, and the latter about Ca Mau was written exclusively for Outlook during her trip to the southern delta last month.